When asked about this project, I’ve described it as “a memoir of sort,” which seems an accurate description of an overtly historical book focused on the author’s career and relying heavily on memory and personal knowledge. I added “of sort” because there’s neither a coming-of-age story here nor a focus (as the Biography section at your local Barnes and Noble might suggest) on military conflict, political intrigue, corporate skullduggery, or bad parenting. What I’ve written is a personal history of cartography covering slightly more than a half-century, from the early 1960s through the early 2010s, and told very differently than in Cartography in the Twentieth Century, which the University of Chicago Press will release in April 2015 as Volume Six of the History of Cartography. As volume editor, I recruited more than three hundred authors and coauthors, whose 529 encyclopedia entries provide as thorough and comprehensive a treatment of the last century as my million-word, thousand-illustration budget would allow. First-person pronouns are rare, the individual contributor’s voice is necessarily muted, and opinions are offered subtly, if at all. Volume Six’s broad approach contrasts markedly with this book’s more drilled-down view of recent cartographic history.

My title, Adventures in Academic Cartography, links a word that connotes interesting stories with academic cartography, a new “institutional endeavor” (to use my friend Matthew Edney’s term) that emerged in the twentieth century along with overhead imaging and dynamic cartography—new “modes of mapping practice” that revolutionized the ways maps are made and used. When I started graduate school in the mid-1960s, academic cartography was a barely recognizable specialty within American geography, but over the next few decades its narrow focus on making maps evolved to include the broader study of the map’s impacts and implications. 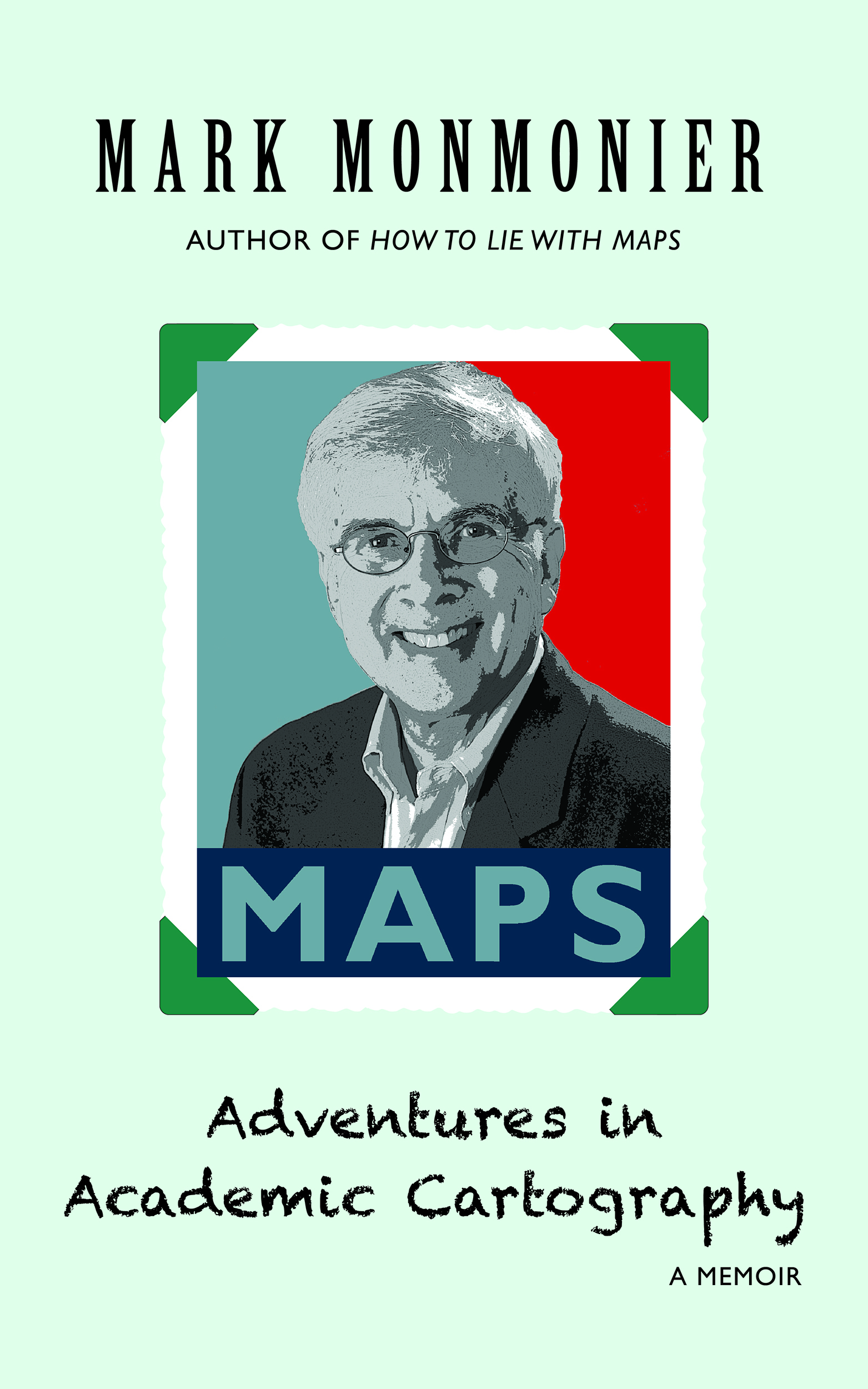 I designed my own cover, with a solarized photo modeled after the Obama "HOPE" poster surrounded by a white snapshot-like frame with a deckle edge scan-traced from an old photo and dark green corner mounts that match the light green background (which is more attractive on the hardcopy)..

The logo for my imprint, Bar Scale Press, appears on the title page.

And a smaller version for the paperback's spine.

An odd footnote, not mentioned in Adventures. The document in the link below discusses a job interview at Clark University that occurred in early 1978, a year before Syracuse promoted me to full professor. I have not been able to track down the sender, and cannot vouch for the authenticity of the memo included with the letter. Even so, the memo is consistent with my hunch that I did not get an offer largely because I would not leave Syracuse unless appointed as a full professor. At the time I suspected that my comparative youth might ruffle some feathers, but had no idea it would precipitate a detailed quantitative analysis. Demographic queues do matter in academia.

“Maps in nearly any flavor have in Monmonier an accomplished biographer-commentator. A remarkable clarity, punctilious copyediting and proofing distinguish his books, including this one, reflecting a flair for language that readers enjoy sampling.” – Paul F. Starrs, The Geographical Review

“Mark Monmonier’s memoir, Adventures in Academic Cartography, captures the fabric of academic life from the mid-1960s to the present. We see the warp and woof of the fabric, and at times we are treated to the micro-fibre. . . . Monmonier is not shy in expressing views, especially about the directions taken by geography and cartography. . . . His irrepressible wit shines . . .” – Roger Downs, Imago Mundi

“Adventures in Academic Cartography: A Memoir will appeal to anyone with an interest in cartography, geography, or just maps in general . . . . A prolific writer, Monmonier delves into the subjects of his books, gives insight into his writing style and the world of publishing, and provides his take on the levels of success of each of his varied and diverse publications.” – Leslie Wagner, Cartographic Perspectives